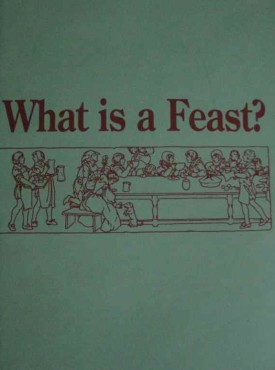 What is a Feast?

Dr. Pieper’s theory of festivity was forged in dismal wartime Germany. Agreeing with Nietzsche that “the trick is not to arrange a festival but to find people who can enjoy it,” Pieper discovers a rage for anti-festival sweeping the earth: “C’est la guerre qui correspond a la fete!” Yet he conveys ‘certain tidings’ of the divine guarantee of the world and human salvation.

In each of these essays, Dr. Pieper surveys twentieth- century world views. In “Hope and History,” he contrasts Baudelaire’s and Dostoevsky’s dire warnings of an extreme concentration of evil with the promise of an Apocalypse: a victory over death; resurrection; a new heaven and a new earth. “The Unavoidable Dilemma of a Non-Christian Philosophy,” he concludes that while Plato, Pythagoras and Aristotle, the founders of Occidental philosophy, require an unprejudiced openness to theology, the secularized modern European or North American does not even know what ‘wisdom in divine affairs’ means. Finally, in “On Leisure” he points out that in contemporary life utility demands to be the measure of all things, including spare time and even the intellectual life of the university; however, Plato, like the Christians, says that only in celebrating divine worship does man lose the shape of a slave.

T.S. Eliot prophesied in 1956 that “[Pieper’s] Influence should be in the direction of restoring philosophy to every educated person who thinks….. He restores to their position in philosophy what common sense obstinately tells us ought to be found there: common sense and wisdom. By affirming the dependence of philosophy upon revelation, and a proper respect for the wisdom of the ancients, he puts the philosopher himself into a proper relation to other philosophers dead and living.”

“[Josef] Pieper, the distinguished Catholic philosophical theologian from Munich, offers an original analysis of the theme ‘history and hope’ in dialogue with Kant, Marx, Lorenz and Teilhard … and affirms that salvation is nothing if it does not free us from death.”

Note: A 10% discount applies to all direct, non-dealer orders.